Alan Vandome is one of the UK’s premier magicians. A multi award winning magician and a Gold Star* Member of the Inner Magic Circle his impressive magical career has taken him around the world.

Alan has appeared on exclusive cruise ships; at The Magic Castle in Hollywood, USA and on numerous guest appearances for the Magic Circle in London – including a prestigious engagement on the Magic Circle Christmas Show.

*Gold Star membership is only by invitation of the President, in recognition of magical ability and is limited to around 300 members worldwide and is a great honour for Alan. 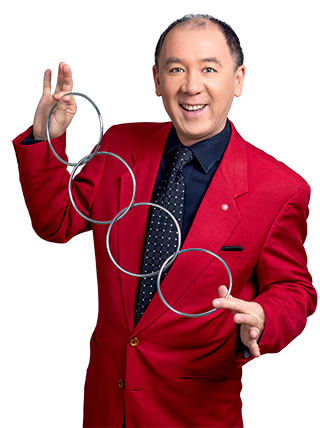 The British Magical Champions of Illusion

The Magic Circle Stage Magician of the Year (3rd place)

The Lewis Ganson Memorial Award, as well as many others.

The Lewis Ganson Award has previously been presented to big names in magic, such as Paul Daniels and Ali Bongo.

Alan’s close-up magic has been enjoyed at corporate events, as well as private parties large and small.

Alan is a member of the International Brotherhood of Magicians (British Ring) and the British Actors’ Equity Association.

Find out how Alan can entertain you